Packs are multi-material and multi-layer to increase shelf life of the product and provide a barrier protection against moisture, odours, and UV light.

Additional Information:
Turmeric (Curcuma longa), the main spice in the Indian dish curry, is arguably the most powerful herb on the planet at fighting and potentially reversing disease. It has so many healing properties that currently there are over 10,000 peer-reviewed articles published proving turmeric benefits, especially one of its renowned healing compounds, curcumin.

This puts turmeric on top of the list as one of the most frequently mentioned medicinal herbs in all of science. The next most popular studied herbs include garlic, cinnamon, ginseng, ginger and milk thistle.

Of the 10,000+ studies referencing curcumin, the most interesting finding is that when turmeric is compared to conventional medicine, its benefits equal that of many pharmaceutical medications. In fact, a number of studies have even reported that using curcumin is more advantageous than certain prescription drugs.

Turmeric is one of the key ingredients in many Asian dishes. Its use as a colouring agent is not of primary value in South Asian cuisine.

Turmeric is used mostly in savoury dishes but also is used in some sweet dishes, such as the cake sfouf. In India, turmeric plant leaf is used to prepare special sweet dishes, patoleo, by layering rice flour and coconut-jaggery mixture on the leaf, then closing and steaming it in a special copper steamer (Goa).

Although typically used in its dried, powdered form, turmeric also is used fresh, like ginger. It has numerous uses in East Asian recipes, such as pickle that contains large chunks of soft turmeric, made from fresh turmeric.

Turmeric is used widely as a spice in South Asian and Middle Eastern cooking. Many Persian dishes use turmeric as a starter ingredient. Various Iranian khoresh dishes are started using onions caramelised in oil and turmeric, followed by other ingredients. The Moroccan spice mix ras el hanout typically includes turmeric.

In India and Nepal, turmeric is widely grown and extensively used in many vegetable and meat dishes for its colour. It also is used in Nepal for its supposed value in traditional medicine.

In South Africa, turmeric is used to give boiled white rice a golden colour.

In Vietnamese cuisine, turmeric powder is used to colour and enhance the flavours of certain dishes, such as bánh xèo, bánh khọt, and mi quang. The powder is used in many other Vietnamese stir-fried and soup dishes. The staple Cambodian curry paste kroeung, used in many dishes including Amok, typically contains fresh turmeric. In Indonesia, turmeric leaves are used for Minang or Padang curry base of Sumatra, such as rendang, sate padang, and many other varieties. In Thailand, fresh turmeric rhizomes are used widely in many dishes, in particular in the southern Thai cuisine, such as the yellow curry and turmeric soup.

In medieval Europe, turmeric became known as Indian saffron because it was used widely as an alternative to the far more expensive saffron spice. 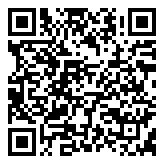